The authors of the new energy strategy have included in the document a chapter on priority investment projects. There are six, and we present them to you as they appear in the strategy. Their financing costs around 22.6 billion euros.

1. Investments in low-carbon energy production, by substituting the use of coal for natural gas and renewable energy sources as well as the construction of high-efficiency cogeneration plants, in combined cycle technology based on natural gas.
The implementation of the Decarbonization Plan of Complexul Energetic Oltenia has a priority role in the transition from solid fossil fuels to low carbon technologies. The decarbonisation measures designed for the electricity and heat generation sector are detailed in Integrated National Energy and Climate Change Plan (PNIESC).

2. Investments in increasing the potential of energy generation from renewable sources, taking into account both Romania’s potential for wind and solar energy, as well as for the energy generated by offshore wind farms.

3. Increasing the nuclear energy generation by refurbishing Unit 1 and finalizing the project of Unit 3 and Unit 4 from Cernavoda NPP.
As an energy source with low carbon emissions, nuclear energy has a significant share in the total national electricity production – about 18% and is a basic component of the energy mix in Romania.
Nuclear energy in Romania is supplied by internal resources and infrastructure that cover the entire cycle opened by nuclear fuel. Basically, Romania has a high degree of independence in nuclear energy generation.
The analysis on the need to meet environmental and energy security targets, the security of supply and the diversification of energy sources for a balanced energy mix to ensure the transition to a low-emissions energy sector and an energy price affordable for consumers show that the Project of Units 3 and 4 from Cernavoda NPP is an optimal solution to cover the deficit of the electricity production capacity forecasted for 2028-2035 as a result of reaching the operating time limit of several existing capacities based on fossil fuels.

4. Investments in the refurbishment and modernization of energy networks by introducing digitalization and smart grids, essential measures to support the process of energy transition and integration.
Digitalization will significantly contribute to the security of the energy system, intensifying efforts and responsiveness in case of system malfunctions. At the same time, it is necessary in order to manage the risks of cyber attacks as quickly as possible.

5. Investments in the development and completion, as the case may be, of cross-border interconnections with neighboring countries (EU Member States and non-EU countries), both for natural gas and for electricity.
To implement European energy infrastructure priorities, the European Commission has included certain projects of upgrading the Power Transmission Network (RET) – included in RET National Development Plan – in the fourth list of of European Common Interest Projects (CIP). It is about North-South Interconnections on electricity in Central and South-Eastern Europe.
At the same time, regarding the natural gas infrastructure, the main objective is the consolidation of SNT (National Transport System), by making interconnections with neighboring states in optimal technical conditions, implementing the BRUA Project and developing the Romanian Southern Transport Corridor for natural gas transportation from the Black Sea coast.

6. Investments in storage capacities, taking into account the potential of hydrogen and new gases in the process of sectoral integration.
Storage capacities will facilitate synergy between the various sectors of the energy system, as well as its balancing. Modernizing and optimizing infrastructure to take on new energy carriers, such as hydrogen and renewable gases, is a priority in the energy transition, and they are also supported by the European Commission’s new hydrogen and sectoral integration strategies.

The investments needed in the period 2021-2030 (cumulative values) in order to meet the proposed objectives in the context of policies and measures in the energy sector (production, transport, electricity distribution) will be worth approximately 22.6 billion euros.

At the same time, according to the Draft Long-Term Renovation Strategy (SRTL), in the optimal renovation scenario, the amount of renewable energy will reach, by 2030, approximately 0.22 Mtoe, with an investment need for the installation of renewable energy solutions worth 2.94 billion euros over the 2021-2030 period. 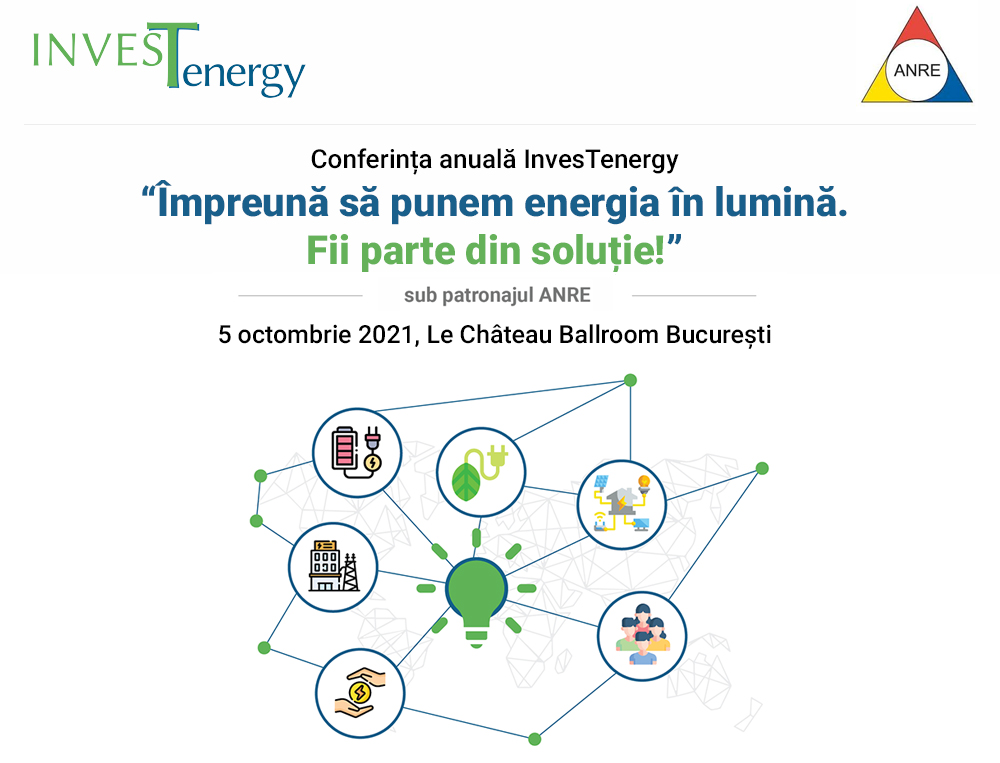