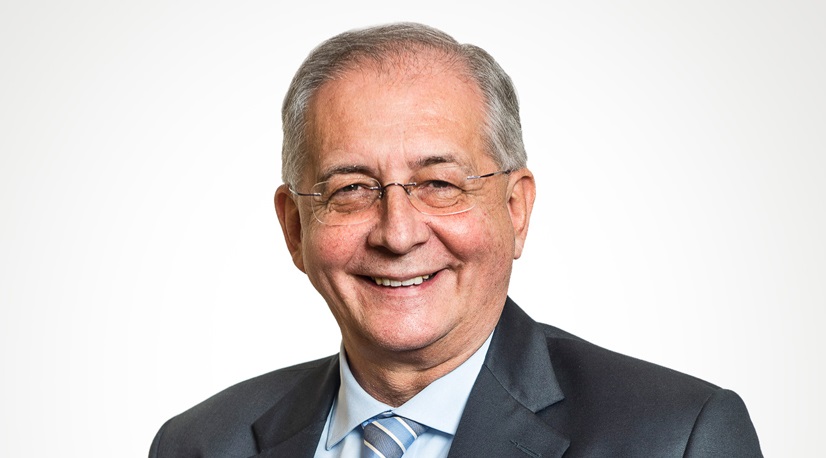 Livio Gallo, Head of Global Infrastructure and Networks of the Enel Group, had a brief discussion with Romanian journalists on the Eurelectric Power Summit 2019.

Now that the regulated remuneration rate was increased, by Government decision, to 6.9%, are you satisfied with this new rate? If so, is there any possibility to raise your CAPEX in Romania in the next 2-3-4-5 years and can you give some figures?

In this new, 4th regulatory cycle there are new methodologies for investment remuneration, for OPEX retribution and we are still waiting for the losses evaluation and compensation – losses of the network. We are waiting for a decision of the authorities, I think in June probably.

The WACC has been lowered and now it has been raised again, I think the decision will made at the beginning of June or July.

What I can remark is that we had a plan for installing smart meters in Romania ending up in 2022. Now it has been postponed to 2028. The smart meter is a solution, it’s a system, it is beneficial to the customer, to the society, to the energy company, to the retailers because you can propose to the customer a time of use tariff, a tariff depending upon their profile and consumption and they can optimise their energy consumption profile. I think it would be beneficial maybe to anticipate it a little bit, because 2028 is 9 years from now.

Are you expecting the Romanian authorities to shorten this period?

I don’t know. Up to now they decided to end it in 2028. I think there will be an opportunity to evaluate and discuss it with the authorities, with ANRE, in the next coming future, if it’s beneficial for the country. We have now, worldwide, 40 million smart meters up and running, installed in Italy in Spain, in Romania we installed more or less 500,000.

Are you are asking the Romanian authorities to shorten this term? Did you already ask?

No, we will do that. Until now we discussed with the regulatory authority for the final decision and evaluation of the regulatory cycle, now at the beginning of July everything will be decided, we are still waiting for the losses remuneration (losses of the network).

No but it’s a point which has to be finalised with the WACC, and then maybe we can discuss about the smart meters. We think it would be very beneficial to the country, to the customers, to the retail companies.

To return to the prior schedule?

We can discuss how to implement. To return to the previous one… to draft a new one… because 2028 is…

With this rate of return, will you change your investment plans in Romania?

As soon as it is confirmed, we will evaluate it yes.

When? Till the end of the year, next year?

We will evaluate it probably before the end of the year. I am not saying we will increase, but evaluate. Enel updates its strategy plan in November.

As Enel Group we are investing mainly in renewables and networks, because they are the two main business lines supporting the energy transition. The energy transition, decarbonisation with more renewables – injecting intermitting energy into the network, with electrification… we think that the demand will increase, as it is increasing in Romania as well – due to the transportation, to the industry, to the heating, also the consumers will increase their demand, and with the smart meter they will optimise their consumption profile and at the end of the day they will pay less. Because you will have a different price for different hours of the day and for this it is necessary to have the smart meters up and running.

Electrification, distributed generation make digitalisation for the network very important. The innovation and the disrupting pace of the technology of today will impact for sure the energy transition and will impact the way we manage the network.

An important word for the future for us will be flexibility – we need to be flexible in managing the different flows coming into the network from renewables, the different demands from the customers, and the management of the consumption profile. Flexibility will be the magic word for the future and another one will be resilience. Resilience means the we will have to withstand not only the impact of the weather – also in Romania we had problems last winter – but also the dramatic and very fast changes of the energy market. Resilience means also to adapt the network to the demand of the energy market and it will also mean to be able to manage large scale social events, where you have thousands of people in a square for instance. At the end of the day, the objective of the network is to deliver the best quality of service. In Romania we are doing quite well with the quality of the network in interruptions per year per customer.

Prosumers. We have the legal framework since last year. How many MW of prosumers do you think that your network can handle in Romania?

Just to make a comparison. In Italy today we are managing more or less 750,000 prosumers – rooftop PV.

And the quantity of energy?

Does this cause problems for a distributor?

We have a smart meter which is able to measure a bi-directional flow, which can measure energy you take from the network, how much you inject, make a balance and bill the difference. And in some cases you can even sell the energy. It is necessary to have a SM to be a prosumer, otherwise you need to have two meters and pay more money.

Is it hard to manage this in-out, in out?

It is not easy. But we have exoerience in Italy, in Spain. It’s fine, we are able to do it.

You have roughly 3 million end-user consumers in Romania. How many do you think would be able to become prosumers?

I don’t know, you have to think that for installing a PV you need space on the roof. In the beginning there will be some thousands. Over the time, when they will see the advantages, they will increase for sure. Romania is a country with one of the highest GDP growth rates in Europe.

On the other hand, Romania is at the bottom of the EU list in terms of interruptions, around 280 minutes (SAIDI). Italy has 37. How can we chane and be more “western” in this respect?

That is the average of the country. We have less than that, around 140 in Muntenia and we are the best in the country. For increasing the capability of servicing the customers and reducing the SAIDI we need to invest in digitalisation and remote control. We are already doing that. When you have some problems in the network you can change the topology of the network from our control center. If you do it in a very short time, you reduce SAIDI. With digitalisation and smart meters you increase the quality of service because at the end of the day you know exactly where you have problems, for which customer.

Do you have an estimate when you can reduce this number by 10 times let’s say? Ten years?

For digitalisation, how much investment do you allocate in Romania?

Most investments in Romania are done with two objectives. One is to increase the robustness of the network, replacing according to the aging, and the other is digitalisation: upgrade of the control center, upgrade of the software solution, smart meters. The part related to digitalisation is more or less 50%, out of the approximately 100 million euros per year investments in Romania.