Grup Servicii Petroliere (GSP) has successfully set in place more than 120 km off the Romanian Black Sea shores the first fixed offshore oil platform in the gas field, according to a press statement released by the company on Thursday.

„This is a key moment for the Romanian industry, and also for the national energy sector. It took 34 years for Romania to find its courage, resources and allies to develop new exploration projects on the continental shelf of the Black Sea. Today’s stage of the Midia Gas Development project sends at least two messages. First of all, the Romanian industry has, again, the capacity to build big projects. The gas exploration projects on the Romanian Black Sea shelf are sustainable,” Grup Servicii Petroliere CEO of Gabriel Comanescu is quoted as saying in the statement.

The jacket for the Ana fixed platform was manufactured at the GSP shipyard in Agigea. The 1,300-tonne structure is 101 metres high, of which 69 metres are below sea level. The jacket will support the topside which is already completed at the GSP operational base in Agigea and is to be shipped and installed shortly.

Grup Servicii Petroliere is the main builder of the first development project for the extraction of new hydrocarbons in the Romanian Black Sea area. All stages, from design, manufacturing, shipping to the actual installation of the platform are performed in an integrated system by GSP.

The 1,300-tonne metal structure was shipped to the Ana field installation site by GSP Bigfoot 2. The operation was highly complex, employing a large part of the GSP fleet: the largest floating crane in the Black Sea, GSP Neptune, the GSP Bigfoot 1 multifunctional barge with a crew of 160, and several multi-purpose support vessels. 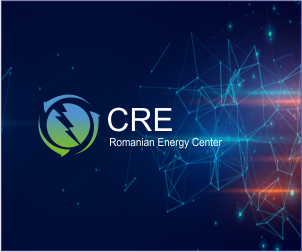