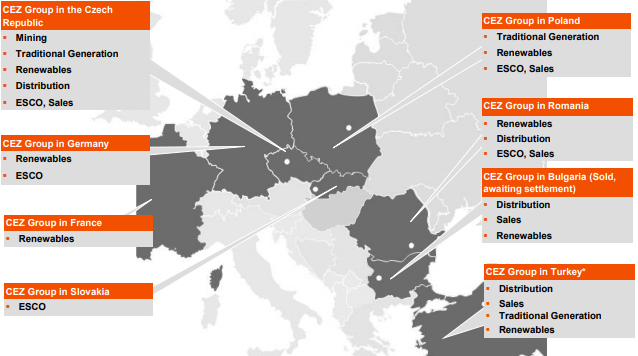 The Czech Group CEZ, which already announced its strategy of selling the assets from some Eastern European countries, including Romania, has set the deadline for doing this.

This is shown in the recently published H1 results of the Czech group CEZ.

Recently, the officials of the Czech Group, who confirmed their intention of selling the assets in Romania, have stated that the operations undergoing in Romania “are successful and there is no pressure for a quick selling”.

“On June 26, the group’s shareholders voted a new strategy that describes the main development directions for the future and that includes giving up the assets in Romania. Right now, we are starting to work at the preparatory part of the sales process, but it’s too early to appreciate something about the next steps. We are not under time pressure to do this in the short term,” stated Ondrej Safar, country manager CEZ România.

The Czech group holds nine companies in Romania. The most important ones are the electricity distribution companies (Oltenia), the supply company CEZ Vânzare (1.4 million customers) and the wind park Fântânele-Cogealac (600 MW), the largest wind park on dryland in Europe.

The electricity supply. The sales of electricity to final customers amounted 1.87 TWh, 14% above the level of 2018, of which 869 GWh were supplied to households (same level). However, CEZ sold in Romania on the wholesale market, a net of 1.64 TWh (11% increase).